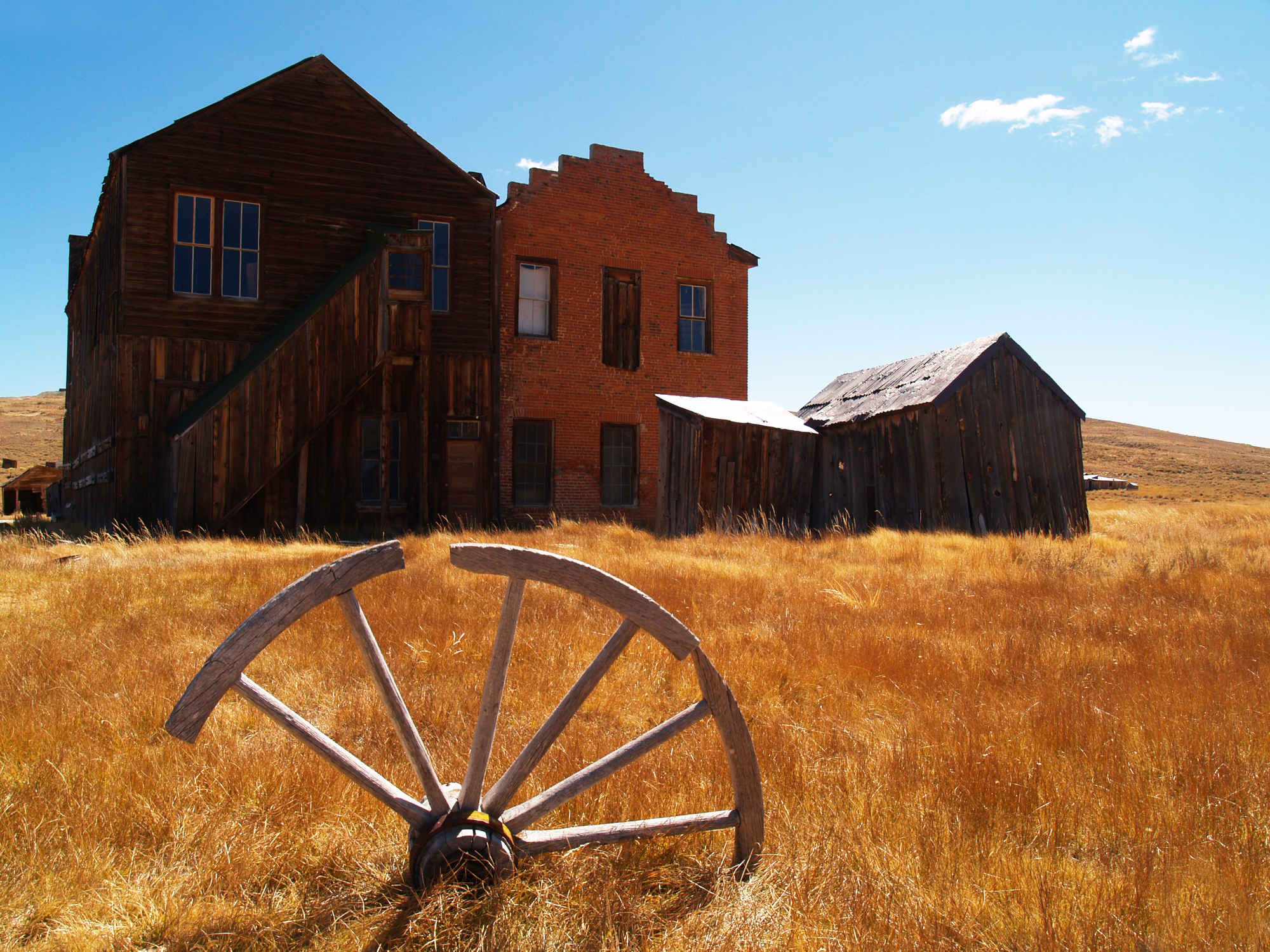 Just in Time for Halloween: THE CRAZY STORIES BEHIND CALIFORNIA’S MOST FAMOUS GHOST TOWNS

The Crazy Stories Behind California’s Most Famous Ghost Towns

How do you go from one of California’s most populous cities to a population of zero? From a bustling metropolis to Ghost Town, USA? Try everything from outlaws and flash floods, to 100mph winds and a shoreline filled with dead fish.

Here are the mostly harrowing stories behind nine of California’s most famous ghost towns.

Remains: Around 100 structures, including the old general store, the Methodist church, a saloon, a bank vault, and the cemetery

One of the original mining towns, by 1880 Bodie was California’s third-most populous city with 10,000 residents. There were plenty of brothels, gambling halls, opium dens, 65 saloons, and even a “601 vigilante group” (6 feet under, 0 trials, 1 rope) which was notorious for taking the law into its own hands. Bodie’s population dwindled to 120 people by 1920 thanks to terrible weather — Bodie is 8,000ft above sea level, the winds can get up to 100mph, and there has never been one month on record where frost was not recorded — and exhausted mines. It was a destructive 1932 fire, however, that sealed Bodie’s fate as a ghost town.

It’s now a National Historic Landmark and state park and visitors can pay $5 to wander the town that’s been preserved in a state of arrested decay. One of the most popular spots is the grave of Rosa May, a prostitute who died after caring for sick miners and is often referred to as the “hooker with a heart of gold.” Her red light still hangs in the town’s museum. A word to the wise if you do visit Bodie: don’t take anything with you. Legend has it that bad luck latches on to anyone who steals from the town. The luck is so bad that the park rangers receive stolen items in the mail every month from visitors trying to escape the horrible hex.

The article is courtesy of the Thrillist, please continue reading HERE